From a Clothing Rack to an Overseas Landfill 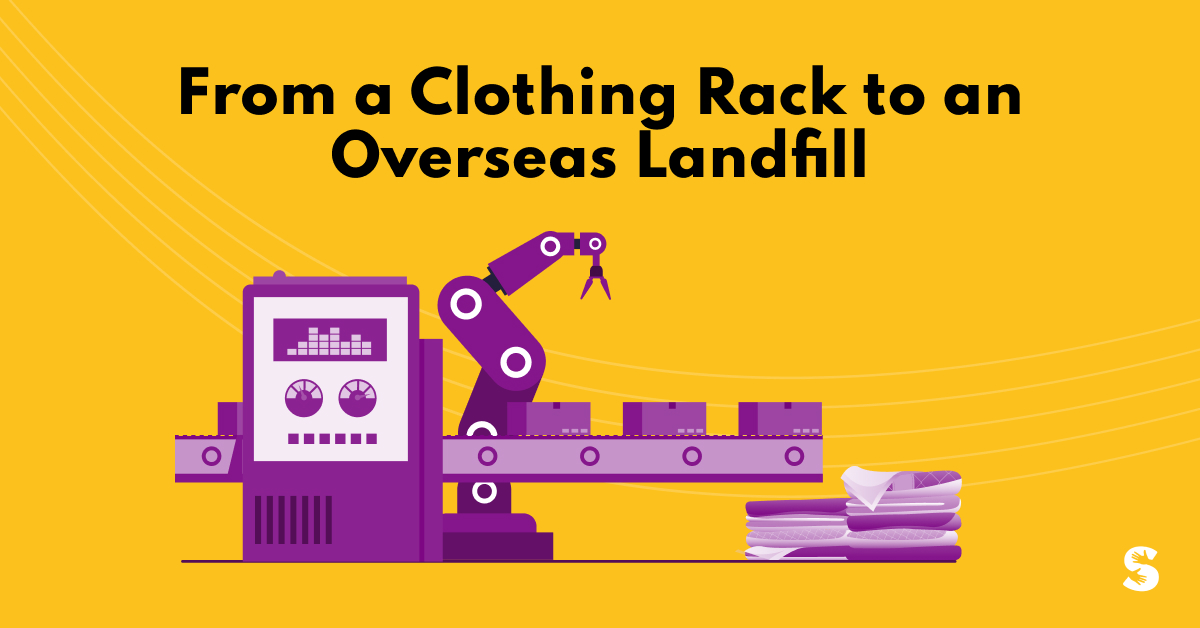 From a Clothing Rack to an Overseas Landfill

Sorting through a pile of my clothes earlier this year, I found my favorite green dress. Its color was a bit faded, a few buttons were missing and the edges were slightly frayed. I considered pulling out the sewing machine or donating it. But where exactly would the dress end up if I dropped it off to a local donation box?

Many of us donate clothing under the impression that it will be ethically distributed to people who may need it. Tracing the route of our clothing items from the store to their final home reveals quite a different story.

In response to rapidly changing trends, there has been a rise in the production of cheap but low-quality clothing by retailers. There is a strong preference for such affordable clothing over sustainably produced items that may come with a higher price tag. Referred to as fast fashion, cheap products are quickly manufactured in surplus to meet growing customer demands. An astounding 100 billion items of clothing are produced each year, and most people only wear an item seven to ten times before getting rid of it.

The average North American may not know that millions of unwanted donated clothing items are packaged into bales and shipped overseas. Some of these packages end up at Ghana’s bustling Kantamanto Market, where 15 million items of clothing arrive on a weekly basis from Western countries. Local community members refer to these clothes as “obroni wawu”, which translates to “dead white man’s clothes”.

A portion of clothes arriving to Ghana’s shoreline can’t be resold at the market due to their poor quality. These clothes are collected at the day’s end and discarded in landfills, where mountains of unwanted clothing from foreign countries can be found. Clothes in such landfills can take over 200 years to break down and also release harmful toxins during decomposition. Some items from landfills are washed away into the ocean, where they pose a threat to marine life. Essentially, the overproduction of low-quality clothing items is fueling an environmental catastrophe in countries like Ghana. 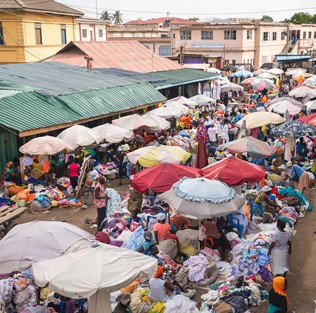 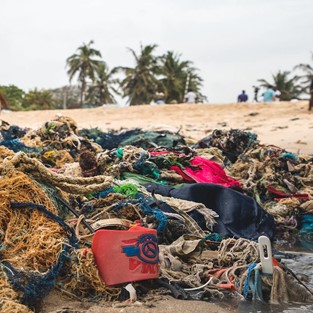 Approximately 15 million items of used clothing arrive at Ghana on a weekly basis. Anything that can’t be sold at the Kantamanto Market is sent to landfills and may eventually be washed away into the ocean (abc.net.au/news).

To say that the situation is slightly complicated would be an understatement. Garments arriving in Ghana have an impact on the economy because the reselling of these clothes results in a source of income for some families. While donated clothing provides an income and business for Ghanaians, the negative influence of clothing waste on the environment can’t be ignored. Additionally, due to the high levels of items available at a rapid speed in the market, local fashion-related businesses are unable to compete.

As global citizens, we need to be more cognizant of our impact when it comes to consuming textiles. Some things that we can start doing today include reducing the amount of items we purchase, buying better quality clothes from sustainable brands or considering recycling old textiles.

Learning more about the fate of discarded clothing has encouraged me to be more mindful when figuring out what and where to donate. Next time we donate articles of clothing or even click add to cart, we should take a moment to ponder where a piece of clothing item might end up.

1. What Does Fast Fashion Mean, Anyway?

3. Keeping Clothes Out of the Garbage

6. Fast fashion in the US is fueling an environmental disaster in Ghana – CBS News

7. How can we reduce our Fashion Environmental Impact — SustainYourStyle