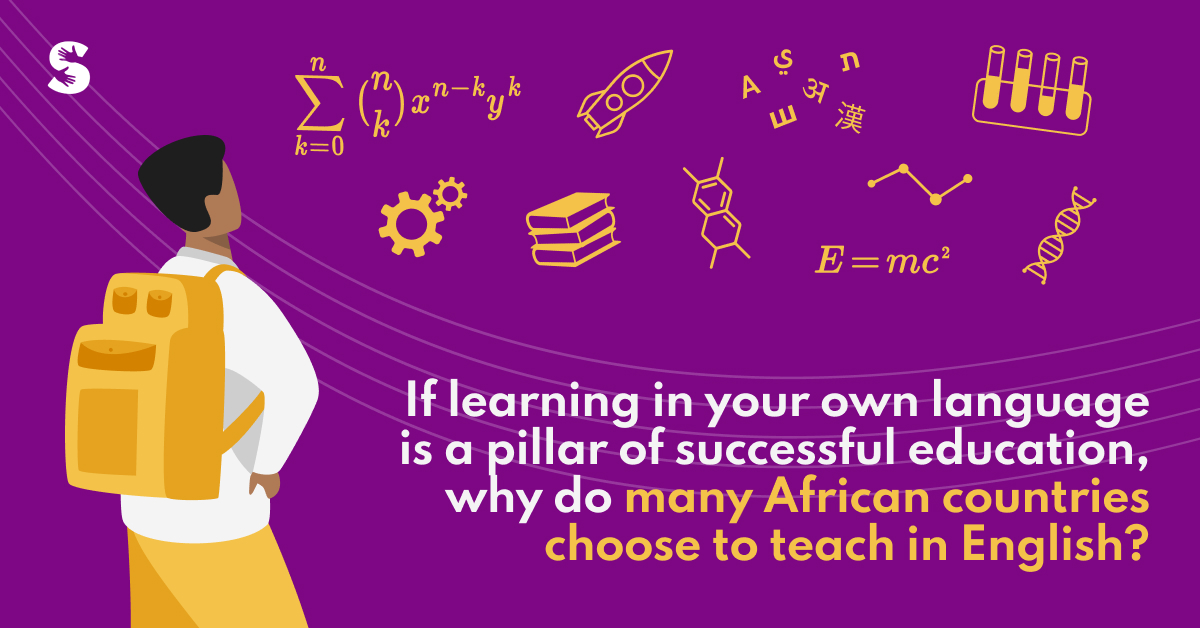 The Writing’s on the Wall (In English): Social Challenges in Language Policy and Education in Africa

“It is axiomatic that the best medium for teaching a child is his mother tongue.” This quote comes from the United Nations Education, Scientific and Cultural Organisation (UNESCO’s) 1953 report titled The Use of Vernacular Languages in Education. The introduction laments the global communication problem: language barrier. At the time of the report’s publication they thought that there were hundreds of languages around the globe. Nearly 70 years on, linguists estimate that more than 7,000 languages are spoken today, with more than 2,000 of these languages coming from Africa.

If learning in your own language is a pillar of successful education, why do many African countries choose to teach in English? There’s no simple answer. Let’s explore some factors that might have influenced African governments to choose English as their language of instruction (LOI).

Why Might African Countries Choose to Use English as Their Official Language?

This argument would be remiss not to acknowledge colonialism as a prime reason English-speaking Africa still uses the language as it’s LOI. African minds were subject to great trauma through the colonial era which included the indoctrination of euro-centric language, and the suppression of their mother tongues. This legacy is perpetuated by globalisation’s perceived and real benefits of learning English. But what are some other reasons this might be the case?

South Africa illustrates how ethnic differences caused division through education. The apartheid divided blacks from whites through government sanctioned violence and economic discrimination. Schools were no exception; classes were taught in English for whites, and in Afrikaans for blacks. On the other hand, shortly after Tanzania’s independence, the country chose to declare Swahili as their official language in opposition to English, and as the LOI in schools in order to unite the country’s 130+ ethnicities. Swahili has roots dating back hundreds of years. Is language loyalty another sound argument then?

Two of the oldest African kingdoms illustrate the idea of language loyalty: Buganda (Uganda) and Abyssinia (Ethiopia). In Uganda, the Baganda people are a bantu tribe with many different languages, but use Luganda to unite them. The kingdom of Buganda stretches back 700 years, with its political system almost 600 years old. Tanzania choosing Swahili as their official language created pressure for Uganda to follow suit due to proximity, but the Baganda viewed it as a lower class language used mainly by the military. Today, Uganda’s de facto LOI is Luganda alongside English.

Its neighbour, Ethiopia was the only country in Africa not to be colonised. It’s also one of the first African nations to enact a local language as its official language; Amharic. Ethiopia is one of the oldest countries in the world with Amharic having roots dating back thousands of years. It seems to only make sense to employ a language that symbolises the nations’ cultural heritages in both cases.

Ethnicity and loyalty are clearly important considerations in language policy, but what underlines them are fundamental differences in people’s attitudes.

Linguistic scholar Zehlia Babaci-Wilhite (2015) explains a common issue in Kenya and Tanzania that “parental decisions between public versus private schools and between Swahili and English [are] made on the basis of imperfect information about the learning implications of these choices.” (78). She also tells us that similar attitudes exist in Nigeria where there is the perception that literacy exists only in people who can read and write in English – a prerequisite for teaching in primary education as well.

Evidence from many African countries have shown that learning in one’s mother tongue greatly improves learning outcomes. A group of language researchers share some success stories in their 2014 book Languages in Africa : multilingualism, language policy, and education.

In 1995, a program in northern Ghana worked with local underprivileged children so they could attend a free school, taught in their native languages. These children were eventually integrated into the formal education system at primary three or four – grades four or five – taught in English, and surprisingly scored higher in language study than most of their counterparts who had entered the system at primary one. That said, Ghana now employs its regionally dominant languages as the LOI through primary three where it then switches to English.

In an effort to preserve the Setswana language in a remote Botswana community, linguists and local community members integrated it into primary education for one hour a day. The children’s grades rose, and they expressed a greater connection to their local culture. With such positive outcomes from these examples, what’s stopping local languages from becoming the LOI then?

The cost of employing mother tongues as the LOI starts with logistics. Both the above mentioned programs in Ghana and Botswana required intensive monitoring and evaluation as well as highly skilled teachers. In addition, a country such as Ghana that has more than 70 spoken languages needs serious expertise to develop a standardised curriculum for all these variations. This doesn’t come cheap and requires careful planning, not to mention the execution.

A study in Cameroon focusing on the quality of teachers showed that the accreditation exam was equal to that of a primary three student’s English level. Although some countries, like Nigeria, might have a higher standard for teaching candidates, it becomes a catch-22 where the scarcity of possible candidates is perpetuated by the diminished quality of primary education they begin with. The government seems to have recently responded to this by implementing a pilot program where primary education is taught in local languages.

There are other broad concerns about how multilingual policies could re-vert countries into a similar situation of apartheid. Scholar Zelealem Leyew echoes this concern while writing about Ethiopia and its peoples’ sentiments that multilingualism is an obstacle to peace, a country that has known more civil conflict than most.

Language policy is clearly complex in Africa and the debates about what LOI is best will surely continue for years to come. Despite the clear indication that teaching in a child’s native language is better than teaching in English, it’s unlikely the government will enact legislation to completely change the LOI to local languages. Colonial history, resources, the quest for national unity, and the quality of teacher education are some of the complexities that cloud the path forward – not to mention the drawbacks of moving away from English. Upheaving an entire education system is no small task, nor one can deny that the language’s importance will only grow.

Outside of education policy, working as a sociolinguist, or being a community actor on the ground, we may feel powerless in how we can help the situation. But small acts of courage can go a long way. Try learning a new language, or about a new language. Talk to your family about language learning in your community. Chat about the article with a friend. Share the issues with your teachers or colleagues. Speak up when you can. Awareness incites compassion. 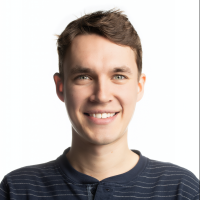 Ben is a content creator for YSYF Canada. He is pursuing a Masters of African Studies and Swahili at the School of Oriental and African Studies in the U.K. Ben enjoys exploring how reflexivity is key to the deconstruction of Western notions of international development.